○   Heavy Metal: Europa Island with only Sniper Rifles and RPG-7 as weapon spawns, and Vehicle Mod Kit as the only available tactical ability

○   Sunday: From Dusk Till Dawn or Ashen Eye (9 hours per day) 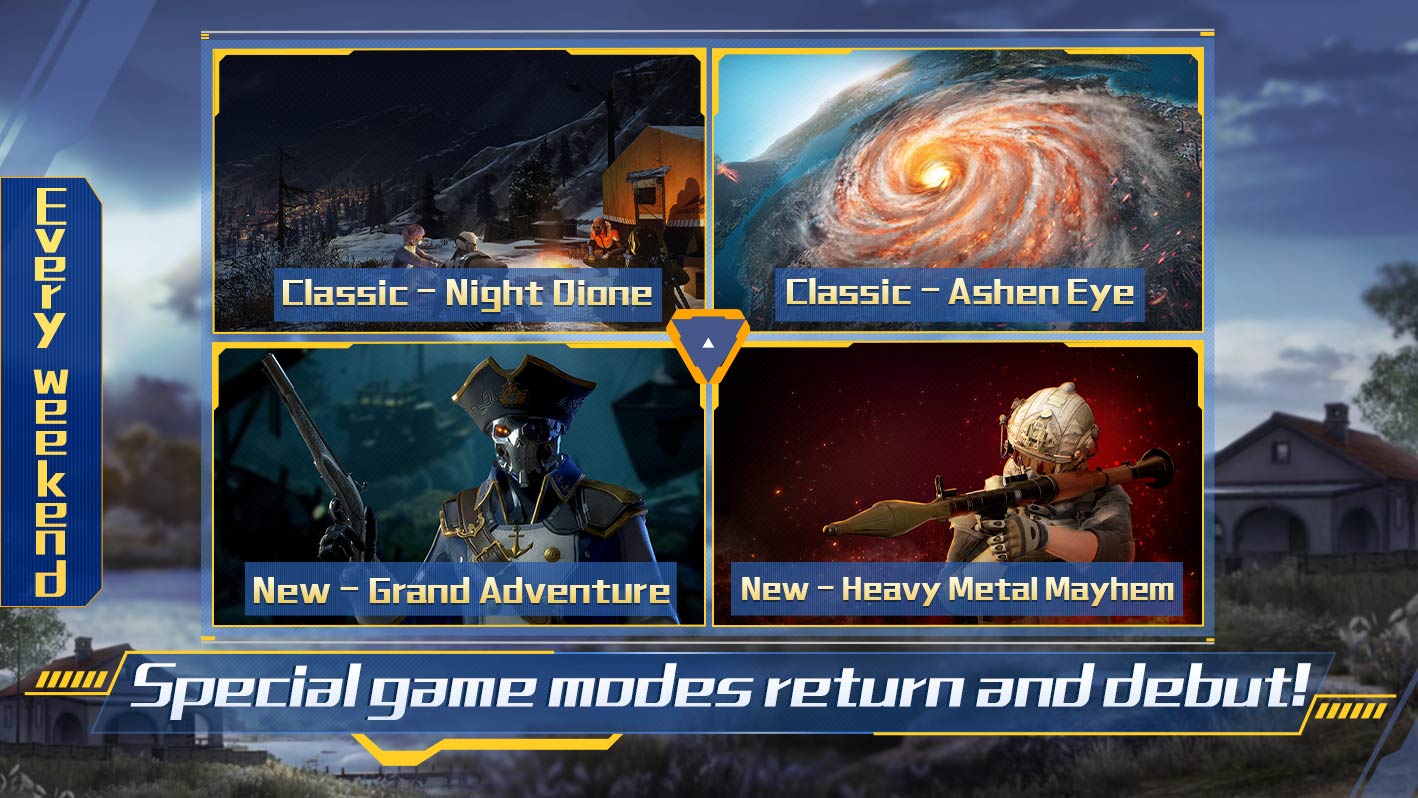 Adventurer Season 10- RETURN OF THE ADVENTURERS

●   Adventurer Season 10 officially kicks off! Unlock the Adventure Pass for brand-new Adventurer Characters, play to rank up your Tiers, earn more than 100 in-game rewards, and 1500 E-Points back!

●   The Adventurer Pass spans over the 10-week season and is a way for players to earn exclusive in-game rewards. By playing the game and ranking up the seasonal Adventurer Tier, players will unlock various rewards, including:

■   There will be three Adventurer Characters in this season. All characters have a variety of unlockable styles, and will gradually unlock as the player's Tier increases their Adventurer Pass 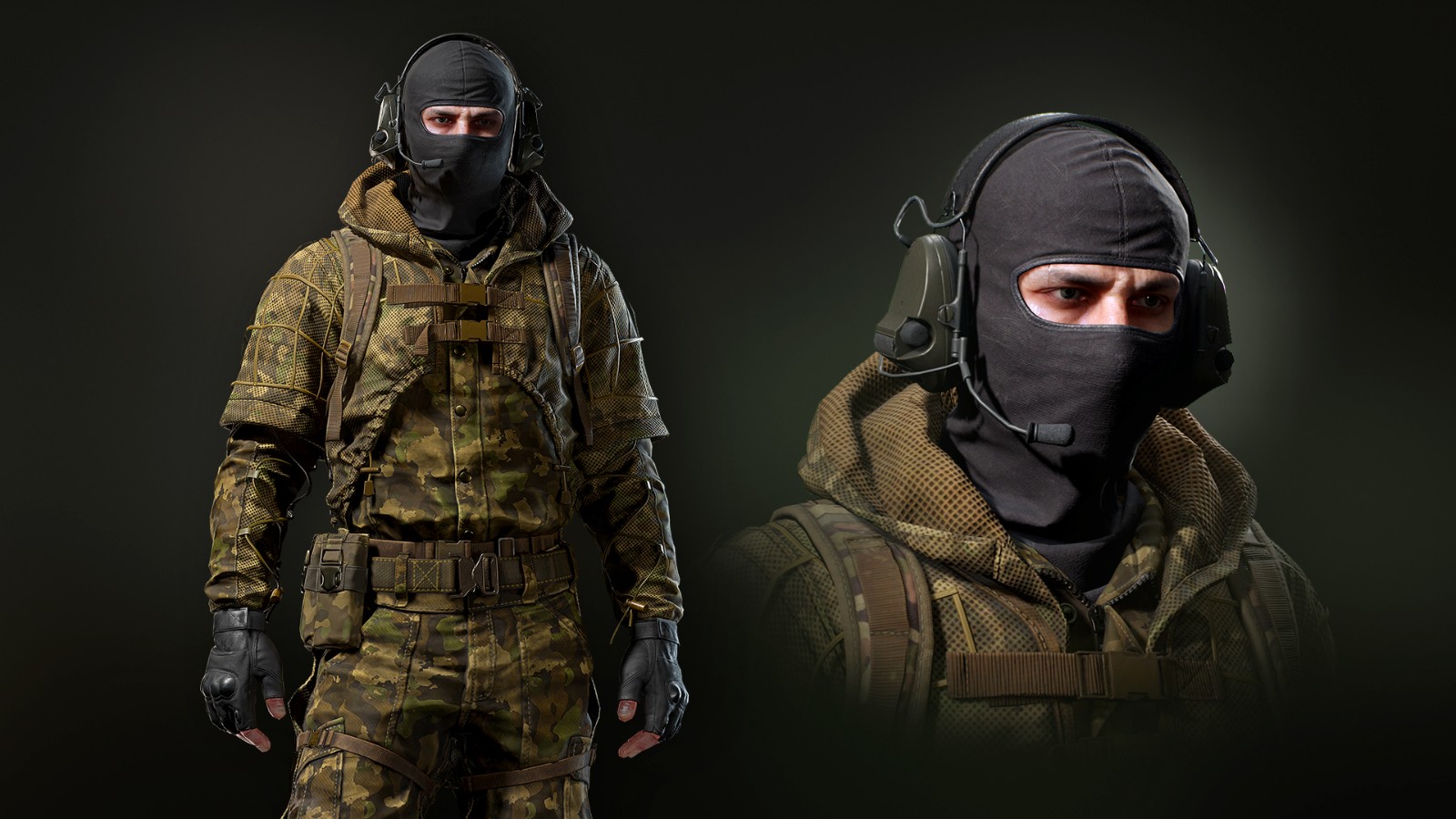 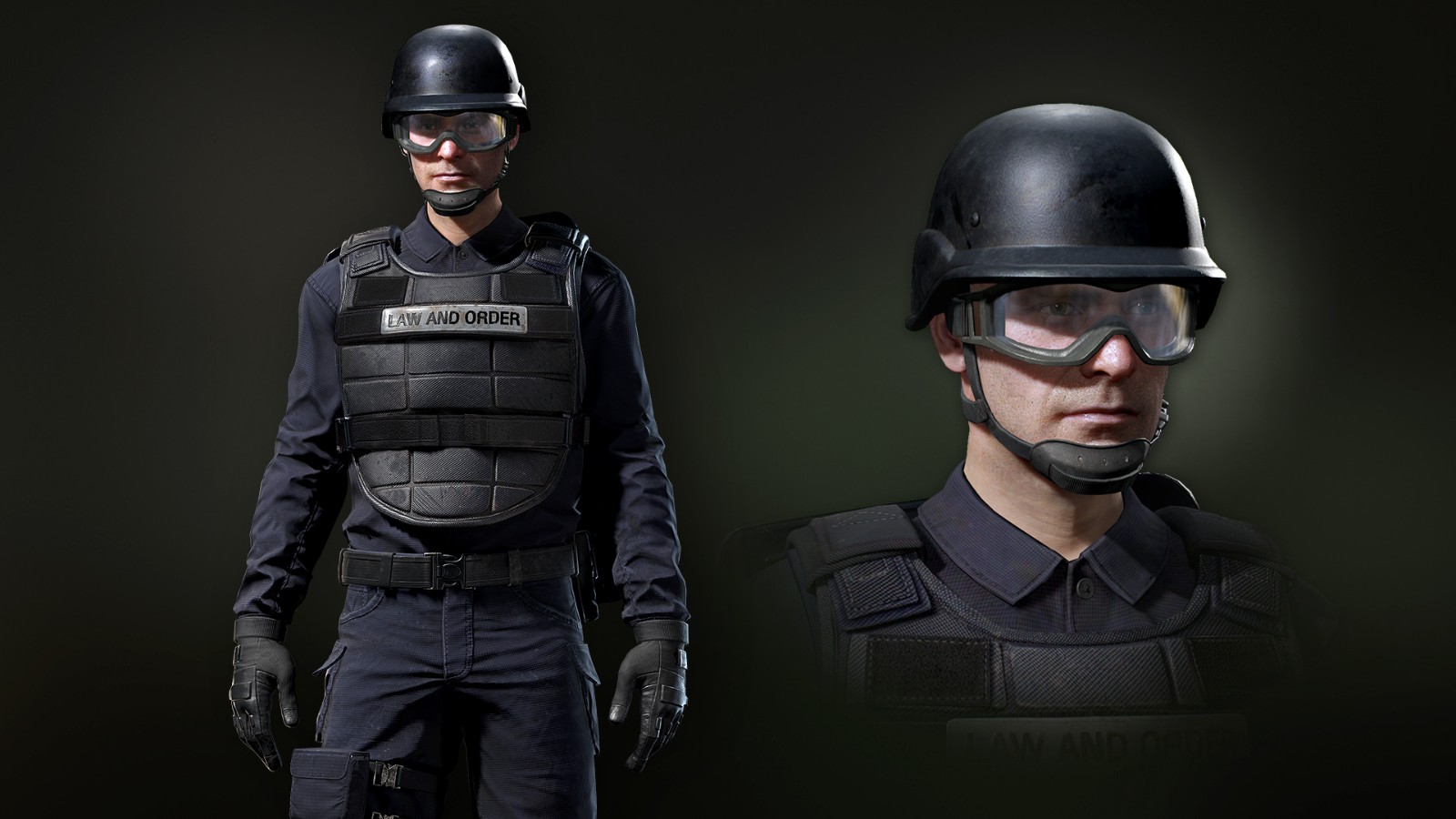 ●   Mancy (Preview to be revealed)

●   The Adventurer Pass is separated into two parts:

○   The Adventurer Pass, which is available for 950 E-Points. E-Points are a premium in-game currency obtained with real-world money via Steam payment (1000 E-Points is equivalent to $9.99 USD)

●   As always, none of the rewards in the Adventurer Pass affects game balance, and all unlocked rewards stay forever

l  Added a new set of reload animation for all weapons and improved the reload mechanic. Now, if you have one in the chamber when you reload, the reload speed will be quicker

●   Introducing the brand-new “Coin Store”. In non-training games, players can now earn coins each game based on their in-game performance (up to a maximum of 35,000 Coins per week)

●   Veteran players’ “Credits” will be automatically converted into “Coins” at a ratio of 1:1 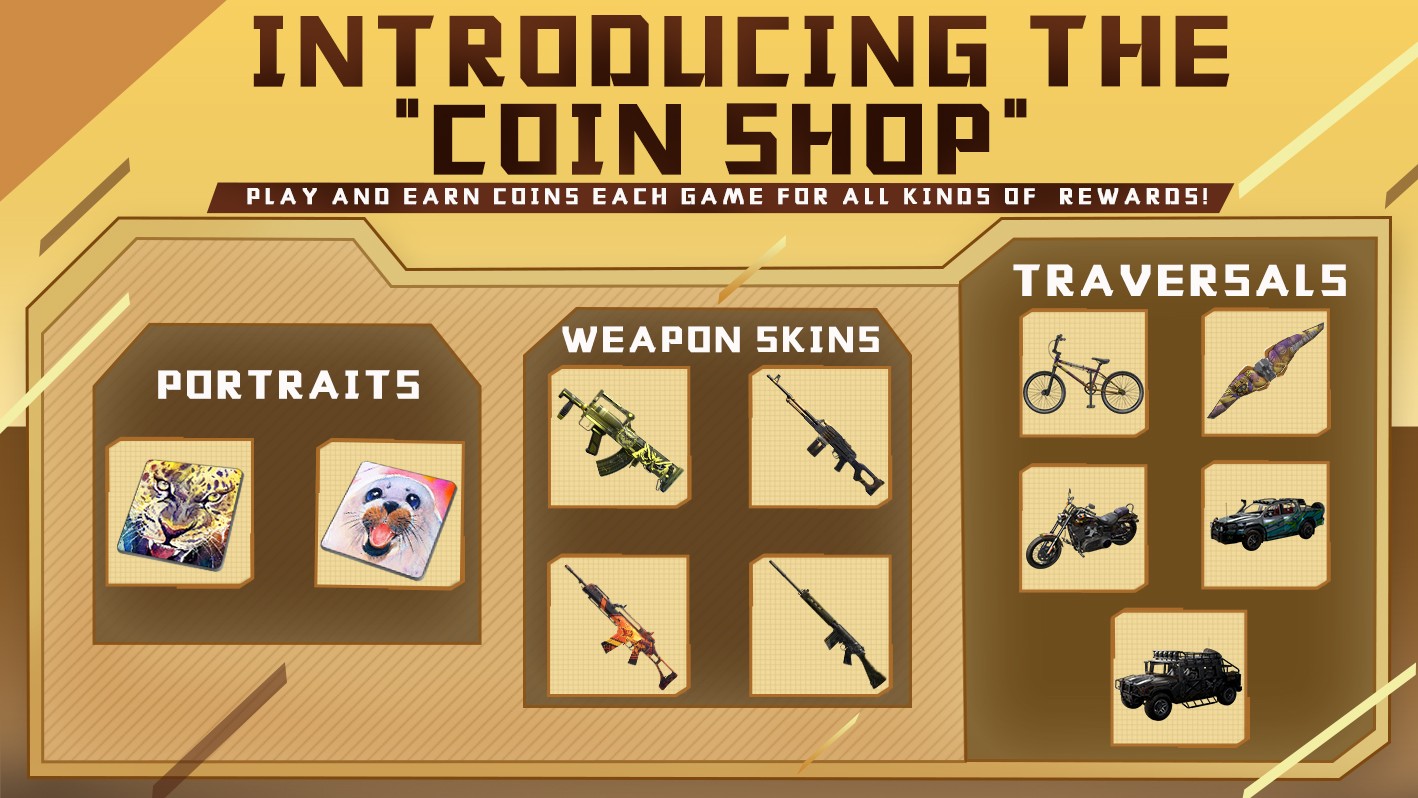 l  Moved the “Vault” tab into the “Appearance” tab, which is now called “Rewards”

●   Introducing “Supporter rewards”! Purchase any amount of E-Points during Season 10 to claim a supporter reward pack at the Event Center, rewards include an Epic G36 weapon skin, an accessory, and a portrait

●   New players can now choose to skip the “Training Round”

●   During the event, earn 100 E-Points per friend you successfully invite back to the game, you can earn up to a maximum of 1000 E-Points

●   Updated the rewards in the Daily Limit Supply Box with 6 weapon skins, 2 vehicle appearances, and a set of traversal appearances

●   Adventurer Pass Owners will be able to claim a FREE chest every day at the EP Store, which contains random rewards including weapon skins, vehicle appearances, portraits, E-Points, and more

●   With the launch of Season 10, we have reset the leaderboards, player ratings, and all personal statistics. This will continue to happen at the start of every new season

●   We have reset the rewards of the Battle Buddy invitation system and all players’ Battle Buddy relationships. Players are welcomed to continue recruiting new Battle Buddies in the Season 10 to join your adventures